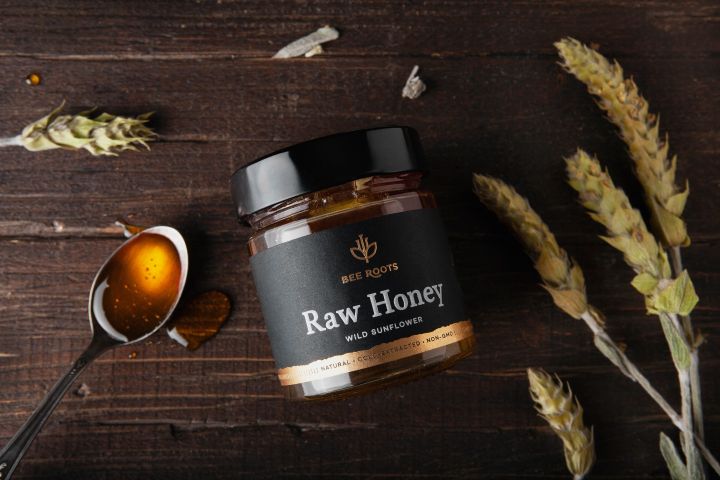 Thanks to the rise of socially conscious consumers and millennial dieters, each day we are bombarded by a new super-food product or a culinary fad. So, it is easy to assume raw honey as just another new and fashionable dietary concoction. However, this could not be further from the truth. Raw honey has been around for as long as bees have been around on this earth.

So, what is raw honey? Simply put, it is the honey that exists in the beehive. Raw honey is completely pure and natural honey harvested straight from the honeycomb. Raw honey is unheated, natural sweeteners that still retain all the nutrients, enzymes and medicinal compounds that honey is known for.

Unlike much of the processed honey most people are used to, raw unprocessed honey is nothing like the blended and watered-down versions. Commercially-available honey is often sourced from different regions (EU and non-EU), then processed, and blended together to produce a consistent end product. Another key difference between raw honey and regular commercial honey is that raw means it’s neither pasteurised nor filtered.

Pasteurised honey has been through the process of applying high heat to destroy the yeast found in honey. This gives honey a smoother appearance and extends its shelf life. However, this process also destroys most of the beneficial nutrients and other health-enhancing components found naturally in quality raw honey.

Filtration is the process of removing particles such as wax, pollen and other solids from the honey to make it transparent. But this process removes most of the nutrient-rich particles contained in raw honey.

Non-raw honey may also contain refined sugar and sweeteners to enhance its taste, shelf-life, and increase margins. This is very different to truly raw honey which contains only naturally found sugars, enzymes and nutrients.

Why does raw honey crystallise?

A common complaint by those who buy raw honey is that it often solidifies and crystallises.  Raw honey crystallisation is actually misunderstood by consumers. The crystallisation of raw honey is a completely natural and spontaneous process which helps to preserve its flavour and quality. This means that over time, the raw honey that you have stored in your cupboard will eventually become increasingly coarse and grainy in texture. Commercial honey which has been pasteurised and ultrafiltered will have its crystallisation processed reduced or stopped. Therefore honey that crystallises is often an indication that the honey is pure and raw.

Honey is made up of at least 70% carbohydrates (sugar) and less than 20% water. This means it contains more sugar than what can naturally remain dissolved and over time, crystals begin to form. While some honey crystals are fine others are large and gritty. This is due to the presence of two main forms of sugar–fructose and glucose.

Though fructose can remain dissolved, glucose has a much lower solubility. The higher the amount of glucose in honey, the higher the chances for it to crystallise.

The speed of crystallisation in honey can also change depending on the type of nectar that is used by the bees. Experts believe honey made with clover, lavender or dandelion pollen crystallises faster whilst honey made with acacia, sage and tupelo crystallises slower due to having a higher level of fructose than glucose.

How long does raw honey last?

The amount of time that raw honey will last before it crystallises depends on a number of factors, some of which have already been mentioned. It will generally last somewhere between two and four months before crystallising. And even though honey is likely to crystallise after a while, raw honey can last indefinitely if it’s stored in the correct way.

Should I fix my crystallised honey?

Raw crystallised honey should not be fixed as it is a boon from nature. You can enjoy it as it is. However, crystallised honey can’t be poured or drizzled as easily. So, if you want honey with a more runny consistency, you can gently warm your crystallised honey to around 30 degrees celsius for 5-10 minutes. This temperature ensures that your honey will get a runnier consistency whilst maintaining its natural health-enhancing properties and medicinal compounds.

How to store raw honey after opening?

While all raw honey crystallises at some time, storing it correctly can help you to delay this process. Some fail-safe methods are as follows: