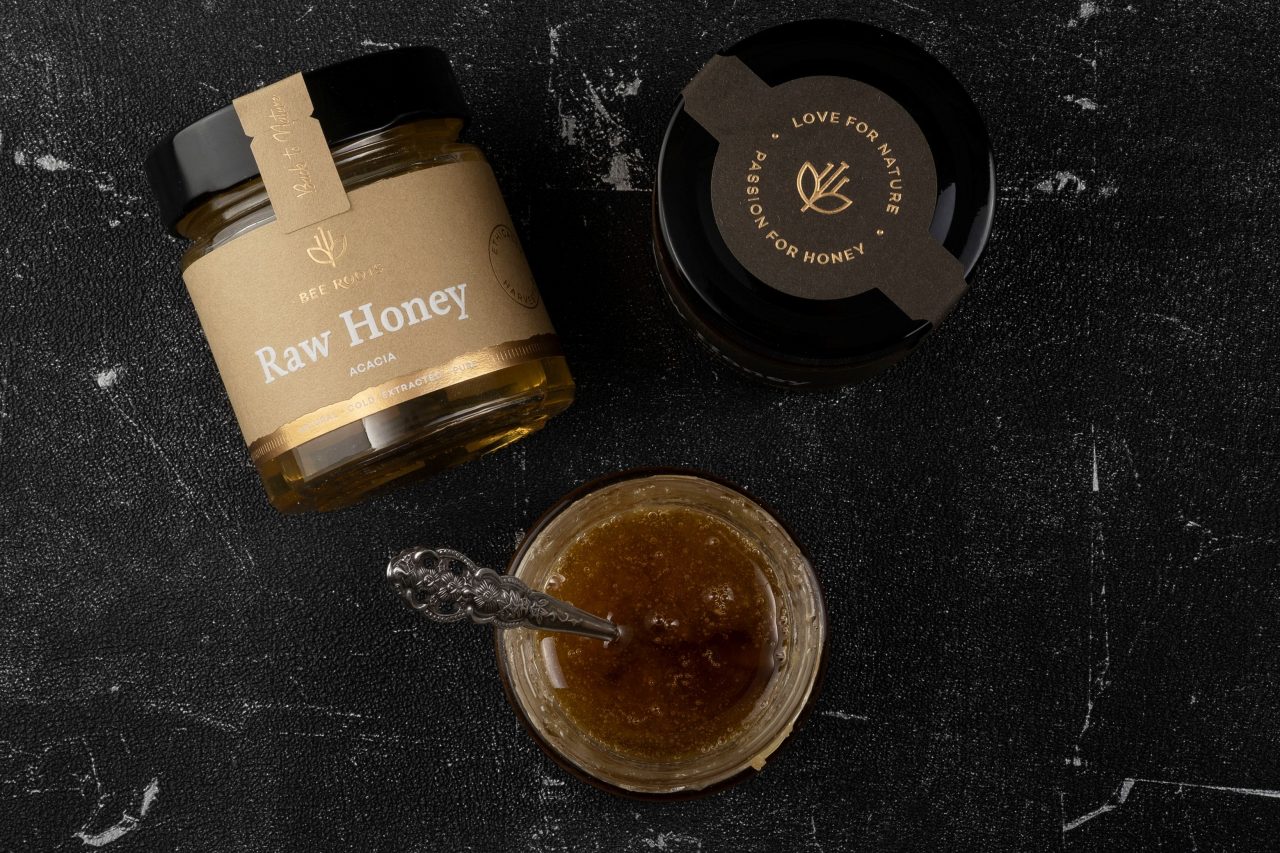 Acacia honey is a highly sought-after and popular variety of honey and the benefits it delivers are impressive.

Without further ado, let’s explore acacia honey, its health benefits, and why you might want to consider it.

What Is Acacia Honey And Where Does It Come From?

Acacia honey, also known as locust honey, is produced from bees that pollinate a flowering tree called Robinia pseudoacacia, or black locust. The tree is native to North America but was introduced to Britain and Europe after its discovery. Today, the tree can also be found in parts of Asia, Australia, Canada, and South Africa.

The honey itself has a light, glassy, almost transparent colour. Each batch of honey is unique and will vary in colour depending on when the honey was harvested and the nectar source at the time. Unlike many other varieties of raw honey such as linden & sunflower, raw acacia honey typically takes around one to two years before it starts to crystallise.

How Does Raw Acacia Honey Taste?

The most notable difference between raw acacia honey many other varieties you can find is the taste. Acacia honey has a wonderfully light palate. Its texture is smooth with a floral aroma and a faint vanilla aftertaste. It is a far more versatile and healthier substitute to sugar and even other varieties of honey due its lower GI value, meaning that it does not raise blood sugar levels as quickly.

The most notable health benefit of acacia honey is its ability to reduce oxidative stress, slow down ageing, and decrease the risk of certain diseases. This is because acacia honey is abundant in flavonoids – an antioxidant that protects our cells from reactive oxygen species. Regular consumption can decrease the risk of cardiovascular disease and certain types of cancer.

To understand the next benefit, we have to go back a bit. Harmful bacteria invade the body every day, and the immune system eradicates most of them. The problem is, a small percentage can remain in the body and lead to infections, inflammations, and sometimes – disease. Acacia honey can be helpful in this context because it plays an important role in producing ​​hydrogen peroxide – a type of acid that breaks down bacteria. Research even shows that acacia honey can have favourable effects against antibiotic-resistant bacteria.

Acacia honey can give our immune system the boost it needs, promoting the production of white blood cells. This type of honey offers modest amounts of vitamin C and zinc, both of which boost our immune response. Thanks to its potent antioxidant and antibacterial properties, raw acacia honey can promote rapid and improved wound healing.